Congratulations to the 2018 Champs! 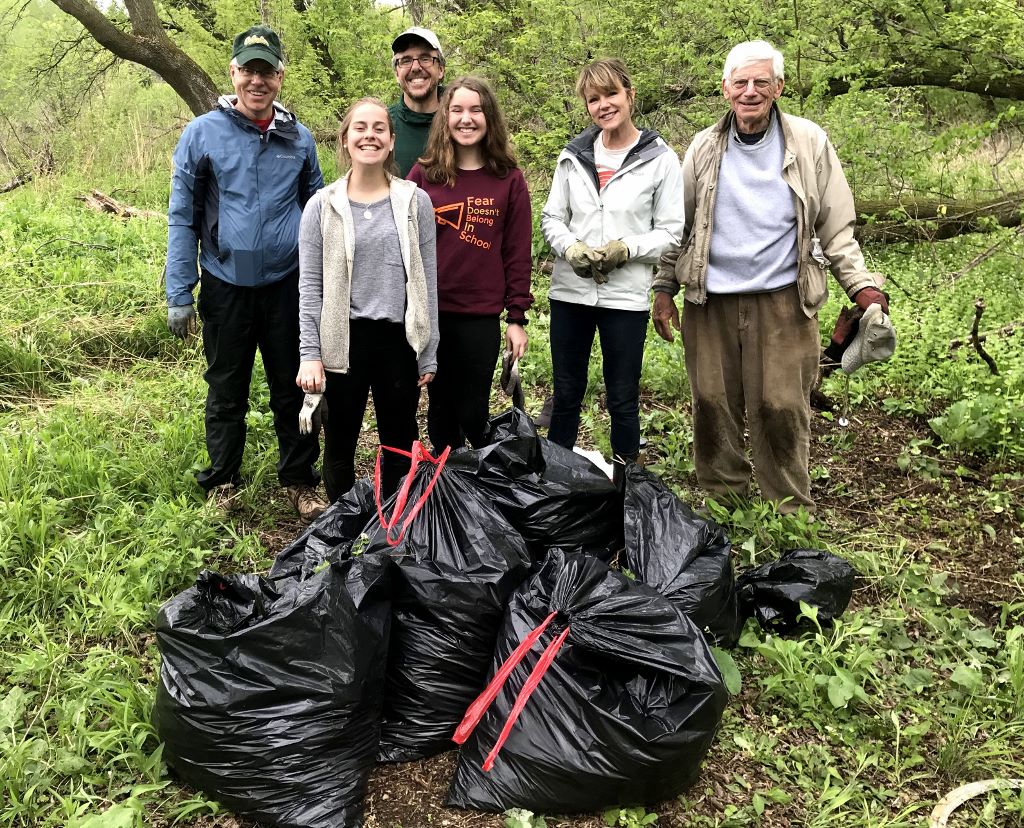 Our Garlic Mustard Pull-A-Thon is an annual fundraiser event, where we encourage folks throughout southeastern Wisconsin to protect the woodlands of their neighborhoods by pulling this invasive plant.  Our 2018 goal was to collectively pull 10,000 pounds and raise essential funds for the fight against invasive species.  We are happy to report that our goal was met and greatly exceeded!

This year, 734 dedicated residents formed 11 volunteer teams which helped to raise funds and awareness while controlling 21,380 pounds (almost 11 tons) of garlic mustard and dame's rocket in our natural areas! Volunteers recruited friends, family and colleagues to sponsor their pulling efforts.  This is a fun way to make a real difference in the protection of the wild areas that we love.

$2,245 in pledged contributions was collectively raised this year by team members and shared between SEWISC and the event partners.  These funds will be used for adult and youth invasive species education, prevention and control in southeastern Wisconsin. 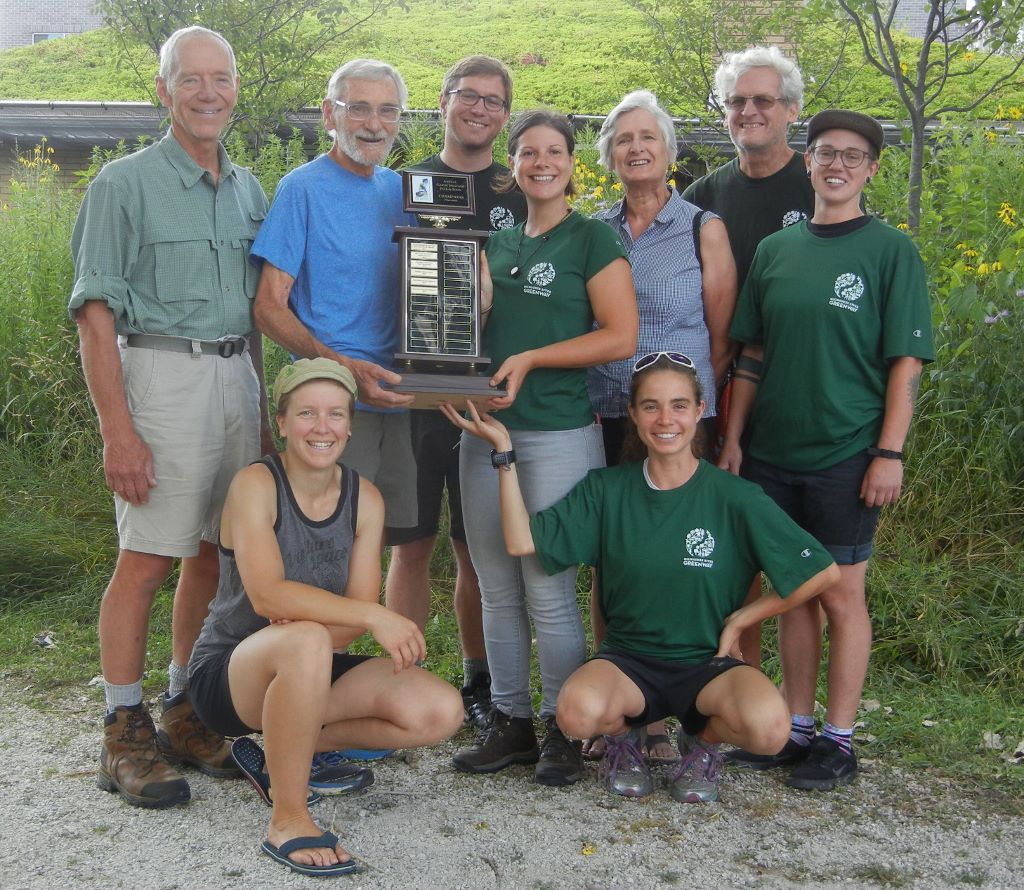 The Garlic Mustard Pull-A-Thon Trophy is a team-to-team award for outstanding dedicated efforts to control invasive species in southeastern Wisconsin. Each year, the team who pulls the largest amount of garlic mustard and/or dame’s rocket and pulls in the most donations wins the trophy which traditionally travels throughout our eight-county region.

SEWISC Board President John Lunz and Treasurer Jim Reinartz awarded the trophy to River Revitalization Foundation Team members during a ceremony on August 1, 2018. The traveling trophy will be displayed at RRF headquarters throughout the year.

Many thanks to all of you who got outdoors, pulled garlic mustard, told your neighbors about this invasive plant, and reported your progress as part of the 2018 event. Remember, it's never to early to start planning for next year's Pull-A-Thon competition - JOIN US!