Congratulations to the 2019 Champions! 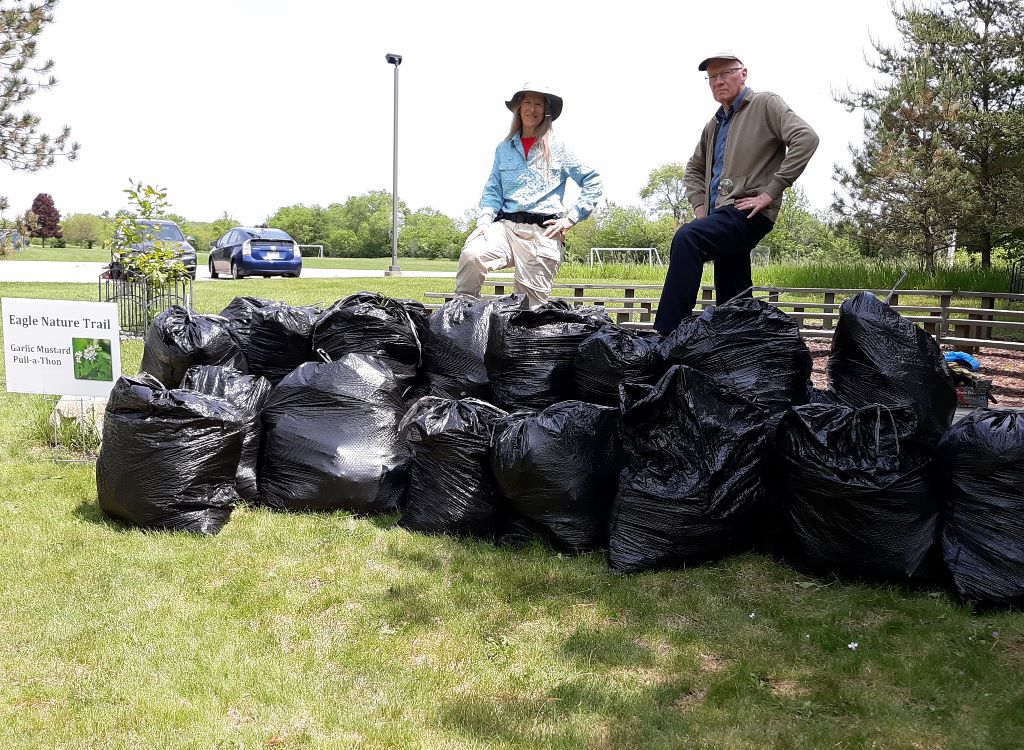 Our Garlic Mustard Pull-A-Thon is an annual fundraiser event, where we encourage folks throughout southeastern Wisconsin to protect the woodlands of their neighborhoods by pulling this invasive plant.  Our 2019 goal was to collectively pull 20,000 pounds and raise essential funds for the fight against invasive species.  We are happy to report that our goal was not only met but greatly exceeded!

This year, 576 dedicated residents formed 11 volunteer teams which helped to raise funds and awareness while controlling 24,010 pounds (over 12 tons) of garlic mustard and dame's rocket in 801 acres of our natural areas! Volunteers recruited friends, family and colleagues to sponsor their pulling efforts.  This is a fun way to make a real difference in the protection of the wild areas that we love.

$4,000 in pledged contributions was collectively raised this year by team members and shared between SEWISC and the event partners.  These funds will be used for adult and youth invasive species education, prevention and control in southeastern Wisconsin. 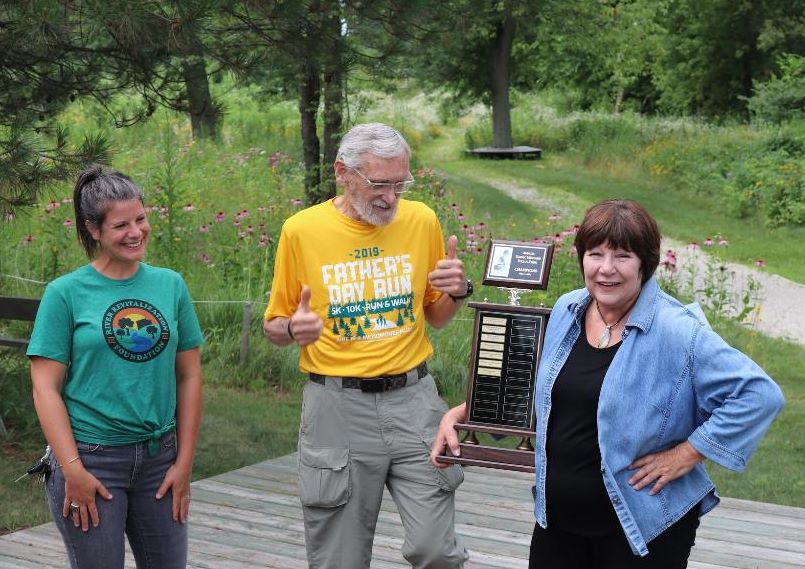 The Garlic Mustard Pull-A-Thon Trophy is a team-to-team award for outstanding dedicated efforts to control invasive species in southeastern Wisconsin. Each year, the team who pulls the hardest to manage invasive species and educate the public wins the trophy which traditionally travels throughout our eight-county region.

This year, the Eagle Nature Trail Team pulled themselves to the top of the 2019 Garlic Mustard Pull-A-Thon competition by yanking 1,350 pounds of garlic mustard and dame’s rocket and gaining $3,000 in pledges for their efforts!  This winning Team also recruited the highest number of  2019 volunteers - 119 - while eradicating the target invasive plants in their 8 acre management area.  Eagle Nature Trail has also surpassed all teams in donations for the past 6 competitions; the small team has raised a total of $8,482.00, or an average of $1,413.67 annually.  This dedicated Team is also creative in engaging their community; the local police and fire departments had a pulling competition during one of their work days!

Joanna Demas, Team Leader of our 2017 and 2018 Champion River Revitalization Foundation Team, graciously passed the traveling trophy to Eagle Nature Trail Team Leader Jean Weedman during a ceremony officiated by SEWISC Board President, John Lunz. The Pull-A-Thon trophy will be proudly displayed by Eagle Nature Trail throughout the year.

Many thanks to all of you who got outdoors, pulled garlic mustard, told your neighbors about this invasive plant, and reported your progress as part of the 2019 event. And thank you to all you donated to your favorite 2019 Teams! Remember, it's never to early to start planning for next year's Pull-A-Thon competition - Plan to JOIN US!