This summer, SEWISC helped to place nineteen University of Wisconsin-Milwaukee Department of Geography students into fieldwork internships with five mentors throughout Southeastern Wisconsin. 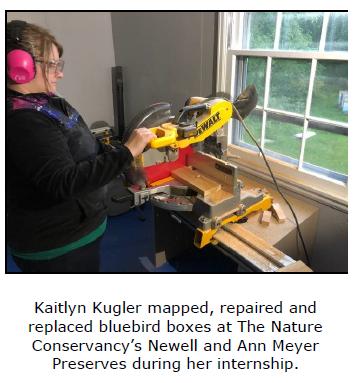 Jason Nickels of the Mequon Nature Preserve received the help of Cheyenne O'Connor and Amanda Robinson who completed a project to identify, map, and measure trees within Charlie's Woods. Cheyenne and Amanda collected GPS points for over 2,000 trees, recorded the species of each tree along with tree diameter to determine the age class distribution. All data was organized in a spreadsheet and gave Preserve staff vital information about this important woodland community. 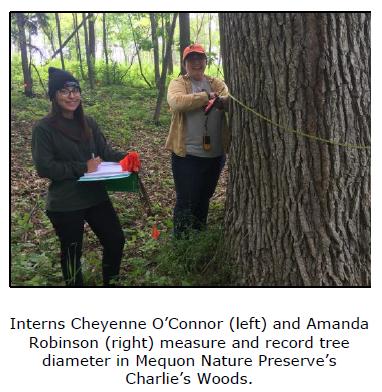 Ozaukee Washington Land Trust Stewardship Director, Ryan Wallin, mentored David Loken and Austin Nowak. The interns worked together mapping invasive species populations and sending those maps to ArcGIS Collector using tablets and phones. The students contributed additional field data to the maps before transferring all the information to a desktop version of AcrGIS for use by Land Trust staff. David and Austin also helped with manual control of invasive species populations during their time on land trust properties.

We would like to thank Jerry, Marc, Jason, Ryan and Matt for volunteering to mentor these students and for offering educational opportunities during the summer through which the interns mastered new skills while honing talents gained through their University of Wisconsin-Milwaukee coursework.