New SEWISC Board of Directors

In January we expressed tremendous gratitude to newly retired Board Member Dan Carter for his commitment to our mission. Dan served on the SEWISC Board for 3 years, sharing his enthusiasm and expertise as an excellent botanist and ecologist. We are fortunate that Dan will continue reaching out to and educating our residents through his position with the Southeastern Wisconsin Regional Planning commission. Three new Directors will try to collectively fill Dan’s shoes. Join us in welcoming: 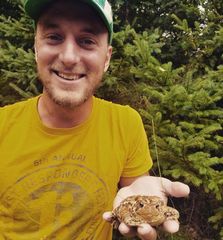 Brad Steckart graduated from UW-Stevens Point in 2012 with a Bachelor of Science in Biology and a minor in Conservation Biology. After graduation, he spent 5 years as the Aquatic Invasive Species Coordinator for Washington and Waukesha Counties in Southeastern Wisconsin. It is here that Brad developed core relationships and partners throughout the region while teaching communities how to maintain healthy water bodies. While in his role as the AIS Coordinator, Brad enrolled and completed a Master’s of Public Administration Degree from the UW-Milwaukee in January 2019. Shortly before completing his Master’s requirements, he accepted a job as the Budget Supervisor for Washington County. He has recently started recording initial episodes of a podcast called “Wisconservation” that will air later this year. 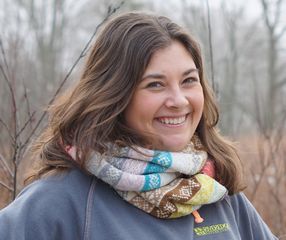 Mandie Zopp graduated with a Master’s Degree in Environmental Science and Policy from the UW-Green Bay, in 2007, where she studied the impacts of the invasive round goby in Green Bay. After graduation, she worked as a restoration ecologist for a small consulting firm in Green Bay, followed by a three-year appointment as a biology lecturer at UW-Platteville in conjunction to working with UW-Extension and the WI DNR in the Watershed Bureau. In her current role, as the Director of Research & Conservation at Riveredge Nature Center, she oversees all land management, research, buildings and grounds activities on the sanctuary’s 379 acres, in addition to coordinating the annual Student Research Symposium and the Community Rivers Program. She lives in Beaver Dam with her husband and two children and enjoys camping, scuba diving, and nature-based spirituality. 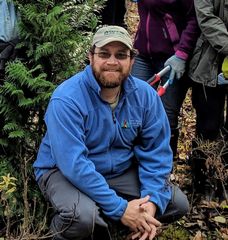 Ryan Wallin graduated from UW-Stevens Point with a degree in Wildlife Ecology and Management. After graduation, he worked for the Native American Fish and Wildlife Society educating and training tribes on wildlife disease sampling. Ryan then moved to Washington State to work as a DNR Wildlife Biologist. While working in Washington State, Ryan pursued and earned a Master’s with honors in Environmental Policy and Management with an emphasis in Fish and Wildlife Management. In January of 2016 Ryan was offered a job at the Ozaukee Washington Land Trust (OWLT) and a chance to come back home. As Stewardship Director, Ryan oversees all land, facility, and equipment related activities and stewardship on OWLT’s 1700+ acres of land. Ryan is a Milwaukee area native, currently lives in Newburg, and takes every chance he can to go up north to his place near Mountain, WI.