Sixteen exciting proposals were submitted for funding to the 2019 SEWISC Assistance Program was graciously provided by the James E. Dutton Foundation and the We Energies Foundation. The selection committee selected six on-the-ground invasive species control projects benefitting native wildlife which will be conducted in our region over the next few months: 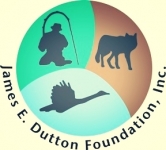 $2,000 was awarded to the Waukesha County Land Conservancy for removal of common reed, teasel, wild parsnip, yellow iris and other invasive plant species from five ecologically significant preserves, each of which is a designated natural area of regional significance. This project will protect native wildlife communities, restore threatened habitats, improve water quality, and support the Conservancy’s alliance with Waukesha County Parks, The Nature Conservancy, and Tall Pines Conservancy. SEWISC funds will be used to cover contracting services and to purchase project materials and supplies.

Riveredge Nature Center was awarded $1,689 to fund an ongoing invasive species removal and monitoring program that employs the Center’s strengths in native plant and wildlife habitat education and multi-generational outreach. The project focuses on the removal of garlic mustard, wild parsnip and Dame’s rocket within a 112 acre project area.  Funding will be used to purchase equipment and supplies required to complete the project

A $1,061 award was given to Carl & Barbara Schwartz for removal of buckthorn in a 1.4 acre ravine visible from the Fox Point footbridge which serves as a wildlife-watching hub for dozens of walkers, bicyclists and families. The project will focus on controlling invasive vegetation while educating the public about the process through signage and pamphlets. The Village of Fox Point will feature the community project through their website and newsletter. SEWISC funds will be used for educational materials and buckthorn removal.

SEWISC awarded $2,000 to Ozaukee County Planning and Parks Department to improve the ecology in Lion’s Den Gorge Nature Preserve through invasive species management and native tree planting. A preserve inventory will be conducted to identify and map invasive plant populations which will swiftly be managed to protect this important wildlife habitat from further invasion. The project will be completed by Department staff and volunteers along with SEWISC-funded conservation corps teams.

Hawthorne Hollow Nature Sanctuary was awarded $2000 to repair a severely eroded ravine by increasing the water storage capacity of the land on newly acquired property. Invasive species will be abated before project implementation and include cut-leaved teasel, buckthorn, multiflora rose, autumn olive and Eurasian bush honeysuckles. This effort began in 2017, but requires additional funding for completion. The SEWISC award will be used for equipment and herbicide.

And, a $2,000 awarded was given to Ozaukee Washington Land Trust to assist the Friends of Cedarburg Bog (FOCB) with their program to prevent establishment of common reed, Japanese knotweed, wild parsnip, and two species of teasel in a 28 mi2 area surrounding the Cedarburg Bog State Natural Area.  These invasive species are still uncommon and easily controlled in this important wildlife habitat project area. The Land Trust will use SEWISC funds to eliminate the few extant populations of common reed on 11 acres of public, private, and roadside rights-of-way land while FOCB volunteers locate and eradicate the other four target species.